International CLINIC "INTERFAMILY": The beginning of the path

September 23, 2022 was marked by a significant event for family medicine of  Transcarpathia and possibly beyond its measures. In this difficult time for the country, a volunteer team of family doctors in Uzhhorod has managed to launch the International Clinic of Family Medicine "Interfamily" for temporarily resettled people and residents of Uzhhorod. This is one of a few peaceful projects in the country under the war. This international project can become a very good model for being copied not only in different regions of Ukraine, but also in other countries which suffer from hostilities when it is necessary to find ways of organizing medical assistance to forced migrants from different regions of their country or from other countries. It is quite symbolic that the clinic was born almost on the same day, seven months after the start of Russia’s aggression against Ukraine. We believe that light will eventually defeat darkness!

In ordinary peaceful life, it can take years to fundraise, build, select modern medical equipment and assemble a team of professionals and like-minded people. But during the war, thanks to the help of dozens of international donors and patrons from all over the world, who responded to the request of the author of this project, doctor Pavel Kolesnyk, for help, it took only a little more than three months to implement this ambitious project!

The implementation of the project was facilitated by the experience gained by the members of the volunteer team of family doctors (experienced doctors and teachers of family medicine and young novice doctors) during round-the-clock medical care for refugees at the border, train stations and shelters for forced migrants in Uzhgorod and Chop, and while working in several locations of the spontaneous volunteer medical center in the city of Uzhhorod since the beginning of the war.

The spirit of internationalism, which accompanied the process of creating the clinic, has been around since the very beginning of clinic creation. The logo of the clinic was developed by a volunteer, a clinical resident from Ghana, young doctor Isaah Bin Muhammad, who managed in his design to combine the idea of international family medicine with the history of the clinic's creation and its goal.

INTERFAMILY is not just an ordinary clinic , it has its peculiarities:

1. INTERFAMILY throughout the war will provide free medical services in the field of primary medical care to forced migrants from the eastern and southern regions of Ukraine. The volunteer team of family doctors understands, like nobody else, the urgent need for medical services of displaced people, most of whom are the elderly, women and children who have lost their homes and income, and sometimes their relatives and were left alone.

2. INTERFAMILY will provide the opportunity to work for medical volunteers, forced migrants from destroyed or occupied territories of Eastern and Southern Ukraine.

4. INTERFAMILY should become a "forge of personnel". Now, after seven months of the war and long term online training, the young medical volunteers of Transcarpathia will have the opportunity to gain significant experience in providing medical care to internally displaced people and the population of Uzhgorod during emergency situations.

5. INTERFAMILY will become a clinical base for professional exchange of experience between domestic specialists and international experts, volunteer doctors from different countries. This will provide an opportunity to provide high-quality, professional, scientifically based medical care to the population of Uzhhorod, to teach and learn at the workplace, as well as to implement research projects in the field of family medicine at the international level. The invaluable experience of working with the resettled population, that volunteer doctors gained during the war, can become unique for foreign colleagues too. 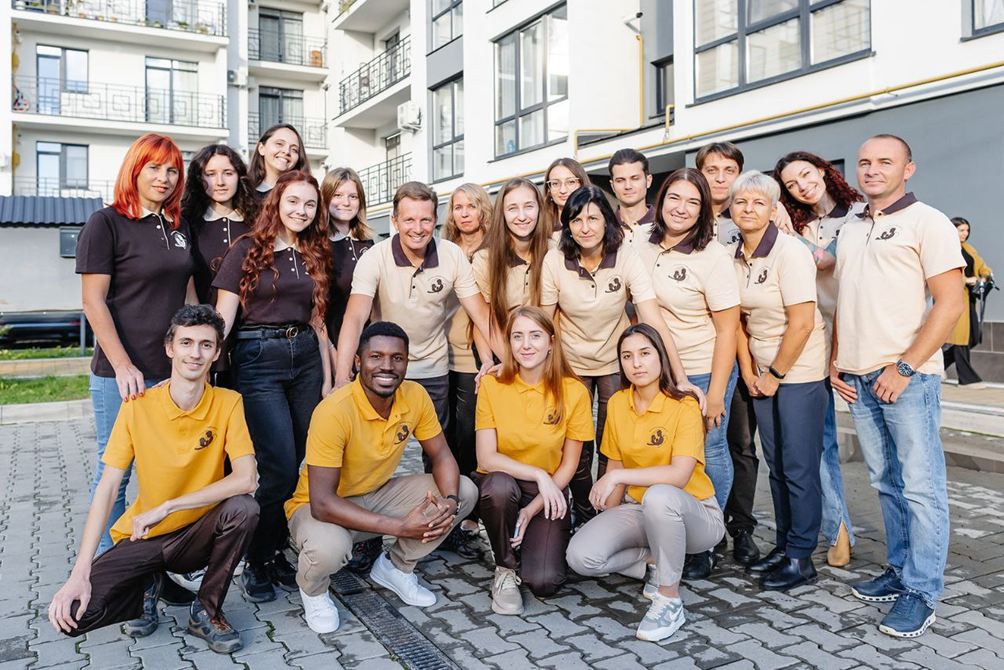